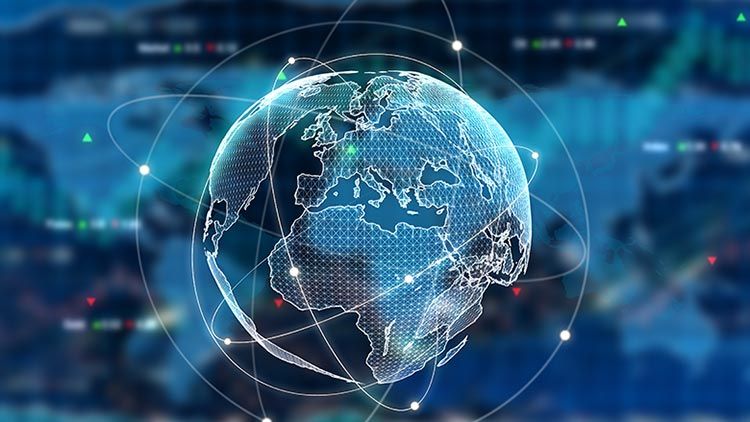 The World Economy Redefined – War, Inflation and Markets in Upheaval

The World Economy Redefined – War, Inflation and Markets in Upheaval

A new world order of the West against the rest would be too simplistic. It is rather the making of a new world order based on countries either respecting the international rule of law or rogue states ruling by force.

The war in Ukraine has global implications. Under attack are multilateral institutions, humanistic values and free and democratic societies.

The war in Ukraine is an era-defining wake-up call for democratic Europe, a brutal endpoint to post WW ll peace as well as a game changer in terms of taking economic prosperity and the free movement of goods, capital, services and people for granted.

Policymakers Scramble to Catch up with new Realities

Unfortunately, too many Western decision makers, political leaders and central bank heads remain behind the curve hoping in vain to return to business as usual – status quo ex ante.

But let us be clear on what political and economic history is teaching us:

﻿﻿In dealing with Russia certain fundamentals must be understood and addressed:

The West is more unified, stronger and more resilient politically and economically than ever but must rise to the challenge of stopping Russia in its tracks and fully supporting Ukraine with maximum sanctions imposed as well as faster delivery of more and heavier weaponry.

China – the stumbling Elephant in the Room

Surely, China envisioned an easy, and even glorious, 2022 starting with the Winter Olympics, the common prosperity policy and the crowning event of the 20th Party Congress later this year. However, Russia and COVID crossed all hopes and plans.

China and its increasingly questionable and unsustainable COVID policy as well as its support of the Russian leadership – remember, the two countries share many historic grievances and aspirations – will stay under intense scrutiny.

Should China continue to cozy up with Russia and its continued military aggression in Europe, a sharp and lasting deterioration of Western political and economic relationships with China will be an unavoidable consequence.

World economies are currently confronted with upward pressure on inflation rates and downward pressure on economic growth. Depending on further war developments and related sanctions, this situation could significantly worsen.

As a result, Central Banks who are still behind the curve face painful challenges and trade-offs.

The problem started with supply-side disruptions and transportation-cost pressures triggered by the pandemic, and are now compounded by escalating energy and food prices – a wage-price spiral is thus a likely consequence.

To get the genie back in the bottle without a recession appears rather unlikely.

The Canary in the Coal-mine – Credit Spreads and Default Rates

The flattening US yield curve is a clear leading indicator for weaker growth. The focus now is a likely sustained inversion combined with widening corporate high yield spreads and increasing default rates.

Contrary to leading consumer, business and investors’ sentiment data, as we know, labor markets are a lagging indicator. Inflationary pressures will not subside as long as unemployment rates remain low.

In the face of current events, investors must consider maintaining a defensive investment stance and build safe haven assets including cash, high-grade short-term Government bonds, CHF and Gold as they deliver stability and optionality.

Looking at global equity markets we consider geographical factors and market sectors, either of which directly benefiting from the conflict, will become strategically attractive in the post war order:

The sectors to benefit are conventional and alternative energy as well as aerospace and defense sectors, profiting from the massive rehabilitation and upgrading of armed forces across Europe.

The geographies which benefit are natural resource exporters (Canada, Latin America) and not importers (Asia). From a structural perspective North America and Europe remain the favored investment regions.