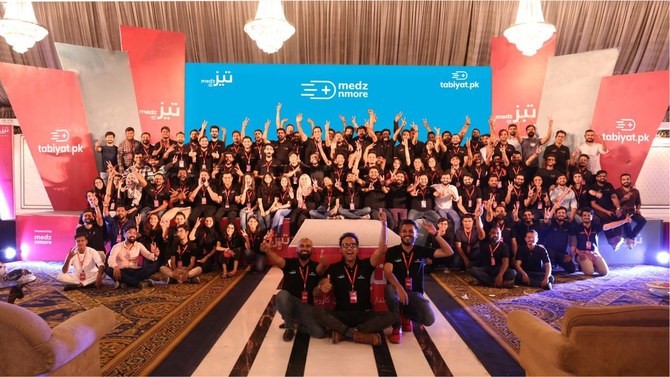 MEDZnMORE, a Pakistani health-tech startup, has raised $11.5 million in a pre-Series A round, the largest investment in health-tech to date. After raising $2.6 million in September 2020, the total funding raised since inception has surpassed $14 million.

According to MAGNiTT, MEDZnMORE plans to use the fresh funds to grow its team.

“It is critical to ensure that affordable and genuine medicines are available. “At MEDZnMORE, we want to make health and wellness goods accessible to people from all walks of life.”

During the epidemic, the Pakistani healthcare industry exploded, bringing in over $10 million in the last two years, according to MAGNitt.

The home market is riddled with counterfeit pharmaceuticals, with estimates ranging from 25% to 40% of all drugs dispensed being either fake or no longer effective. MedznMore is tackling this problem front-on by increasing the availability and accessibility of genuine medicines across the country.

To provide products at competitive costs, the start-up works directly with pharmaceutical companies and approved distributors. By providing same-day and next-day deliveries, the firm ensures that medicines are always available to pharmacies and consumers.

“We created MedznMore intending to make high-quality healthcare inexpensive and accessible to the world’s fifth-largest population.” We already have seven cold chain-enabled warehouses in three locations, and we want to launch a new city every month this year, bringing our total to nine cities by the end of the year. “On the product side, we’re laser-focused on the user experience for both shops and consumers, for whom we’ll be providing new value-added services and solutions in the coming months,” Babar Lakhani said.

MedznMore has exploded in popularity, ranking among the top five most profitable start-ups in the country, with revenue increasing by more than 40% month over month in the last year.

The start-up, which employs over 800 people, delivers over 100,000 products per day from its warehouses.

“In a short period, the MedznMore team has proven a degree of concentration and execution quality that has resulted in remarkable traction in Pakistan’s huge and crucial pharmaceutical sector.” This, paired with a defined product roadmap, led us to assume that the company will be a category leader in the pharmaceutical sector, not just in Pakistan but throughout the region. “We’re thrilled to be a part of the firm and look forward to the journey ahead,” Kiyan remarked (Sturgeon Capital).

“As an impact/ESG investor, we discovered that MedznMore shares our values of sustainability and social effect. They are addressing some of Pakistan’s most serious healthcare issues and have gained tremendous traction in a short period. “We are pleased to be supporting MedznMore’s outstanding team and look forward to being a part of their journey as they transform Pakistan’s healthcare environment,” Jinesh added (Integra Partners).