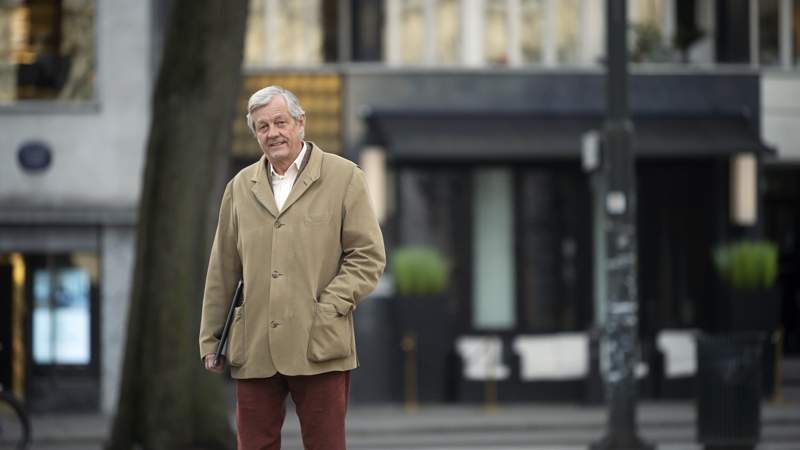 Managing billions of NOK from Switzerland : Avoiding the stock market

Switzerland-based Morten H. Kielland has a 10 percent equity share. “If I had been bullish on equities, the share would have been 50 per cent,” says the investor, who has loaded into gold stocks.

When Finansavisen referred to Key Family Partners in the winter of 2020, the total assets were NOK 1.5 billion. An Italian partner has now entered, and the money bin has grown to NOK 3.5 billion.

So far this year, Kielland’s portfolio is up 2.6 per cent, while partner Count Hugues d’Annoux is up 0.5 per cent. That’s miles ahead of the broad market, which is sharply down this year.

“The reason we are up this year is low exposure to the stock market. I have a 10 percent equity share, while my partner has 20 percent. In addition, both have 15 percent in cash,” says Kielland.

–  What is your market view?

“If I had been bullish on equities, the share would have been 50 per cent. I say like Warren Buffet : someone who predicts the market says a lot about the person, but little about the market. In other words, there is little point predicting the market, he says, and continues:

“However, I see no reason why the market should not go lower, so it is smart to be cautious. In such a market, I think a cash share of between 10 and 20 percent makes sense.

– Are you in funds or individual shares?

“We have put money into some funds in emerging markets, otherwise it is individual stocks. Large parts of my equity portfolio consist of gold and copper stocks,” he says.

– You’re bull on gold. Do you have crypto too?

“Around 0.3 per cent of the portfolio is in crypto, through a private equity deal, a bitcoin fund and an Ethereum ETF,” he says.

The manager says this year’s return largely stems from private equity, private debt and real estate. Unlisted investments are written down by 20 percent to be conservative in reporting.

“Since we started, we have looked at 120 private equity deals and have invested in 20 of them. We’re looking for a dealer whose management has a big investment, otherwise we don’t bother to go in.

– Do you make private equity investments in the Nordic countries?

“Nordic Corporate Bank is the only one. We have a global focus and have done a lot in Asia, the US and Europe,” he says.

Real estate investment is the biggest driver this year, up 4.2 percent. Last year, the increase in value was almost 13 per cent.

“In real estate, we have made some investments in Norway. Badehusgata in Stavanger was just sold to Swiss Life Asset Managers, and we were there from the start,” says Kielland.

Kielland’s governance model is more similar to the donation funds at the major US universities of Yale, Harvard and Stanford. Over the past ten years, more traditional 60/40 funds have returned an average of 5 per cent, according to him.

By comparison, university funds, with a model where around 20 per cent are invested in equities and 80 per cent in other asset classes, have returned between 7 and 9 per cent.

“Our ambition is to have an infinite perspective. We want to stay rich, not become rich,” Kielland said.

– How much of your total assets are yours?

How big do you want to be?

“The goal is to include ten families and the minimum contribution is NOK 500 million. There is a lot of frustration among private bankers in Geneva and Zurich, as returns have been weak this year and a lot of time is spent on regulation. After all, they spend half their time in administration, which one could rather spend managing the portfolio. We have received many inquiries from these communities,” says Kielland.

Even though Kielland is located in Switzerland, he keeps a close eye on the Norwegian stock market. The fund manager recently acquired Elopak, which has fallen 38 percent this year.

“The company doesn’t have much growth, but its potential is huge especially in America and India. People are not going to stop drinking milk and juice,” he said.

– Very much. I believe in the product, management and owners with Ferd who have 60 percent. Now the stock has fallen over 40 percent since the IPO, and we wouldn’t have bought if we thought the stock was going further down.